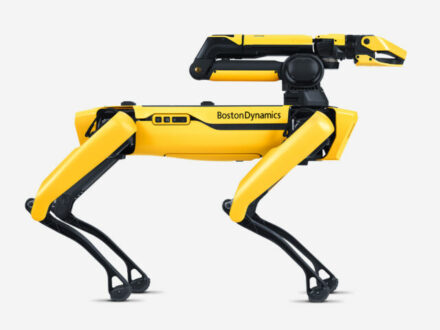 By sea, land and air Bezos & Co want to reach our doorsteps and deliver us the goods with less and less human intervention. But how will humans react?

Some of you may remember that the original Battlestar Galactica tv series featured a robotic dog called Muffit, played by a chimpanzee dressed in a plush & plastic suit, with remote-controlled servos moving eyes and mouth. It’s a piece of lovable eighties kitsch that today might solicit a few laughs, most certainly not fear.

I don’t think the engineers at Boston Dynamics remembered Muffit when they designed Spot, their own not-so-lovable robot dog. At least that’s what the residents of a public housing building in Manhattan thought last month when the police showed up to defuse a hostage situation bringing Spot with them, outfitted with an array of cameras, lights and sensors. The poor thing did nothing, literally, but the vision itself caused a backlash so severe that the NYPD has severed the contract with Boston Dynamics, though talks of “militarization of the police”, “dystopian surveillance drones”, “creepy, alienating” and evoking the Black Mirror episode “Metalhead”.

Now: imagine Spot delivering you a parcel. If you’re a young techie or a pre-adult gamer you’ll probably be delighted and turn it into a tik-tokkable, instagrammable or whatever moment. Personally, I’d be curious, maybe a little alienated. My mother would die. My uncle, who lived most of his life in the country and was kind of tech-resistant, would have shot it mercilessly. Drone shooting is actually a pretty common past-time in the US, where guns are plentiful and privacy sacred.

Many companies, as we all know very well, are testing delivery robots and drones. The last one to get founding was the Ireland-based Manna, for $25M. A few days ago the UK’s aviation regulator has granted permission to a tech company to trial routine long-distance drone services. Cleveron has just unveiled its ground delivery wheeled robot, which will compete with those by Starship, Kiwi, FedEx, Amazon, etc. (if you ask me these cute moving boxes are the only ones who have a solid future, albeit only in very clean, regular, flat cities).

“By sea, land and air” Churchill wanted to defend democracy and by sea, land and air Bezos & Co want to reach our doorsteps and deliver us the goods with less and less human intervention. Not because they don’t trust humans. They know very well that it will take decades, maybe centuries, to have delivery robots outperform humans. They want that because human beings cost more.

Maybe I’m a frivolous humanist, surely I’m a self-referential old windbag, but I would like to quote something I wrote for this same blog on October 6th 2015:

“Good fleet management, new pricing engines that adapt to customized deliveries options, constant communication with the end-user: these elements, trivial as they seem, can make an enormous difference. A drone can’t help an old lady bring her gift upstairs. A driver who has three more minutes per delivery can. A son who’s there not only because he knew the exact time of delivery, but because he did set it accordingly to his work schedule, well: he can help too. We should use science to make the human factor win”. Amen to me.

Fun closing fact: after five years drones look no nearer to capitalize on their own revolution. Milkman, instead, has become a partner of Poste Italiane, delivers for many international brands and is now selling its home delivery orchestration platform worldwide. 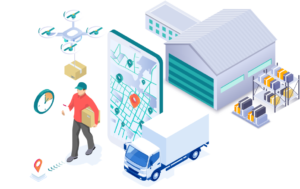 The eCommerce boom and the pandemic have upped the antes for Retailers and Carriers. What are the main elements to look for when searching for a consolidated solution for the last-mile? 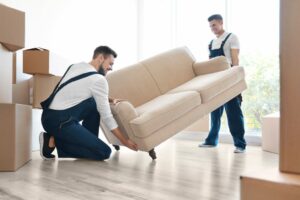 What kind of delivery service would you invest in? Milkman Technologies – Survey Results

Milkman Technologies launched a Linkedin survey: If you are interested in the last-mile sector, what kind of delivery service would you invest in?